Give today Give monthly
7

The Power of Faith Unites Foster Kids into One Amazing Family 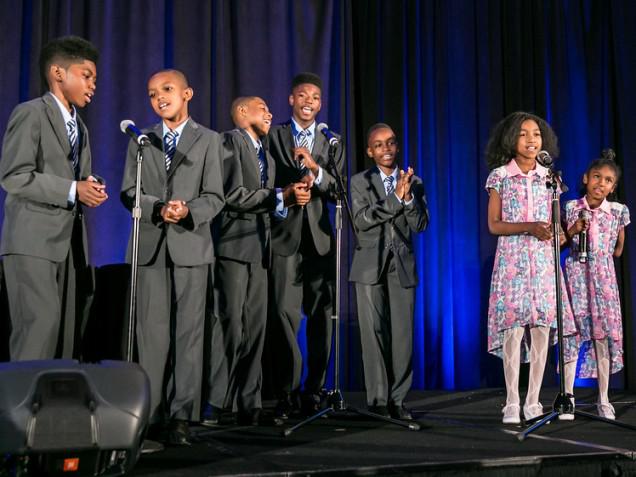 Bishop Troy and Debra Garner, who have been married for 31 years, have four adult children and have adopted seven more (pictured above).

The Garners first became foster parents through Volunteers of America Illinois in 2005. Their case worker, Kim, says that their love for their children is what led them to open up their home and heart to children in need.

They adopted six children from 2005-2010 and when another child was in need of a home, Kim made the call to see if the Garners would like to adopt their seventh child. She reminded them that the number seven was a sign from God, as the Bible says seven is the number of completion.

The Garners begin every day with prayer.

"And do we need it, especially if we run out of milk or can't find a matching sock," says Bishop Garner. "At the end of the day, we are the Garners…11 strong and growing. We believe and affirm that it's never too late to start over again."

They are also blessed by the fact that one of their children, De'Borah, was a finalist on season three of "The Voice."

As Nancy Hughes, Volunteers of America Illinois' CEO says, "after spending some time with Bishop Garner, there are two questions that will undoubtedly jump to your mind:

Bishop Garner and his wife's unique ability to take something that the world has made such a mess of - like the utter human chaos that surrounds the child welfare system - and find God's grace right in the middle of it is amazing. At times their journey required a level of faith and unconditional love that few might be capable of when faced with some of the hurdles the system put in front of them.

Bishop Garner is someone who refuses to ever give into cynicism about people or situations.

The longer people are in the system, the longer they have to personally be affected by its limitations and inequities, it's so easy to become jaded and to lose faith. After a particularly bad situation, one staff member said to me, "I think God left foster care."

"Certainly, there story is about love, a story about family but at its core, it's an incredible story of faith - it's the story of a remarkable faith journey that with the size of their hearts, the Garners were uniquely qualified to take."