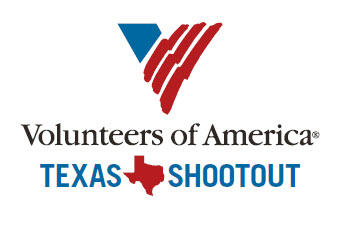 “Volunteers of America is delighted to remain as the title sponsor of the Texas Shootout event,” said Volunteers of America National President Mike King. “The event provides us with tremendous exposure and we’re equally excited to partner with a charity minded organization like the LPGA and its ambassadors. Our three-year commitment will connect people from all walks of life to our mission and allow us to continue to do what we do best - help America’s most vulnerable.”

Volunteers of America, one of the nation’s largest national providers of housing and programs for homeless veterans and their families, serves over 2 million of America’s most vulnerable each year by helping those in need live healthy, safe, and productive lives. Through hundreds of human service programs, including housing and health care, Volunteers of America serves people in over 400 communities, assisting veterans, at-risk youth, the elderly, men and women returning from prison, homeless individuals or families, people with disabilities or those battling addiction. Through their partnership with the LPGA, Volunteers of America is looking to continue to raise awareness for their organization and initiatives.

“Volunteers of America has helped make the Texas Shootout a world-class event in just three short years, and we’re thrilled to further that with the wonderful people at VOA,” LPGA Commissioner Mike Whan said. “Part of our mission at the LPGA is give back to communities all around the world, and VOA embodies that mission every day in communities all around the country. We couldn’t be more thrilled to continue to elevate the platform of both their organization and this event for at least the next three years.”

“The Volunteers of America Texas Shootout is a favorite of players and fans alike, and we are excited to be back in Irving for a number of important reasons,” said Kristy Nutt, tournament director with Global Golf Management, the organization that manages the tournament. “Working with Mike King and his team has been a pleasure. VOA continues to demonstrate pride and faith in the tournament and LPGA Tour, and our collective efforts will continue the legacy of women’s golf in the state of Texas.”

The 2016 Volunteers of America Texas Shootout will return to Las Colinas Country Club in Irving, Texas from April 28 - May 1. The event will continue to host a High School and College “Shootout” where the top finishing women from each qualifying tournament will gain entry into the tournament. Additionally, the “Shootout” format of the 72-hole tournament will consist of two cuts; the first will be made after the second round to the top 70 and ties, and the second cut will be made to the top-50 and ties after the third round on Saturday to compete for the $1.3 million purse.

Inbee Park will return to the DFW-area in 2016 to defend her title.